By the end of the 18th century, there were a large number of instrument makers and companies in London, which were trying to deal with the huge demand of new “Pianoforte”. In addition to instrument makers such as Christopher Ganer, Johannes Zumpe or John Broadwood the company Longman & Broderip played an important role. With this article I will try to give an informative overview about the company’s history.

The company started in 1767 when James Longman became self-employed as a music dealer in Cheapside. Previously, he worked in the music business of John Johnson. Like many dealers of that time, he sold sheet music and instruments. From preserved catalogs we can see that he was dealing with wind instruments (oboes and flutes) and also harpsichords and organs. None of these instruments came from their own workshop. But he quickly expanded his business and “the new pianoforte” was also part of his stock.

Many instruments were made by John Geib and Thomas Culliford, who worked for the company. Thomas Culliford made harpsichords and spinets. Christopher Ganer also worked for the company. For example, Ganer received payments from Longman & Broderip in the late 1770s and early 1780s. Until some years ago, it was not clear whether Johannes Zumpe supplied instruments to the company or not. So far, the only known instrument that provides this proof is in the Eric Feller Collection (Square Piano by Johannes Zumpe 1769 – click here for more information). This instrument made in 1769 (signed by Longman & Lukey on the nameboard) has a second handwritten signature by Johannes Zumpe in the inside. 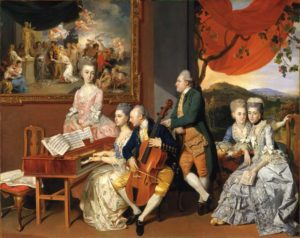 At the beginning the company was based in Cheapside Street no. 26 (and also from December 1782 they where at Haymarket No. 13).
When starting the business, the company consisted only of James Longman, who built no pianos by himself. From 1769 Charles Lukey (who came from Cornwall) joined in the company. A square pianoforte of that period also belongs to the Eric Feller Collection (Longman, Lukey and Co. 1769 – 1773 – click here for more information).

In 1773 Francis Broderip joined the company, and they were called “Longman, Lukey, and Broderip“.

Fine here a catalogue of the company from 1774.

However, the collaboration lasted only a few years. Charles Lukey died in 1776 and from then on the company was named “Longman and Broderip“. An early square piano of that period can also be found in the Eric Feller Collection (Longman and Broderip 1776 – 1782 – click here for more information).

Due to continuous improvements and development of new patents, especially by John Geib, the company expanded in the 1780s and become one of the most famous companies for pianos. The instruments were appreciated worldwide and enjoyed a high reputation. The improvements developed by John Geib led to an exclusive contract between Geib and Longman & Broderip. The company expanded more and more and was also now based in the Tottenham Court Road no. 195. 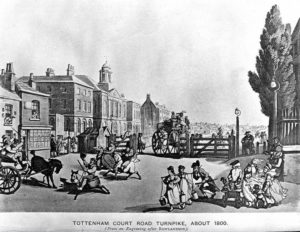 In the mid-1790s, however, the company’s success changed. Due to the war of Napoleon and the difficult trade in Europe, the sales dropped drastically. The expansions in the earlier years were made by foreign investors who now reclaimed their money, which could not be paid back and the company finally went bankrupt in November 1795 and both business partners went to jail.
Due to the good reputation of the company, the composer and instrument maker Muzio Clementi bought into the company in 1796, so that some loans could be paid back and production could be continued. From 1797 instruments were then manufactured with the company name “Longman, Clementi & Company“. These instruments were further improved by William Southwell (including the extension of the range of the keyboard to 5 ½ octaves, a larger sound board and a new damper type). The sound of these rare and early Clementi instruments is still described as one of the most beautiful.
James Longman went again into jail in 1803 when investors reclaimed further investment. There he died in November 1803. The company was then fully bought by Muzio Clementi and henceforth continued under the name of the composer “Muzio Clementi & Co.”.

Francis Broderip went into partnership with George Wilkinson (1785 – 1855) and from November 1, 1798 instruments were produced under the name “Broderip & Wilkinson”. The company was based at Haymarket No. 13. As before, the company sold instruments from various instrument makers under its own name and also acted as a music publisher.

After the death of Francis Broderip in 1807, the Longman & Broderip era was extinguished and Wilkinson manufactured instruments under his own name “Wilkinson & Co.”. 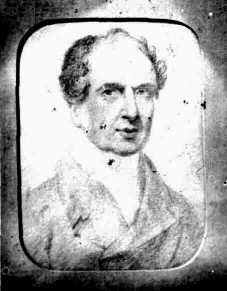 Portrait of George Wilkinson, in pencil, by Haughton, 1847