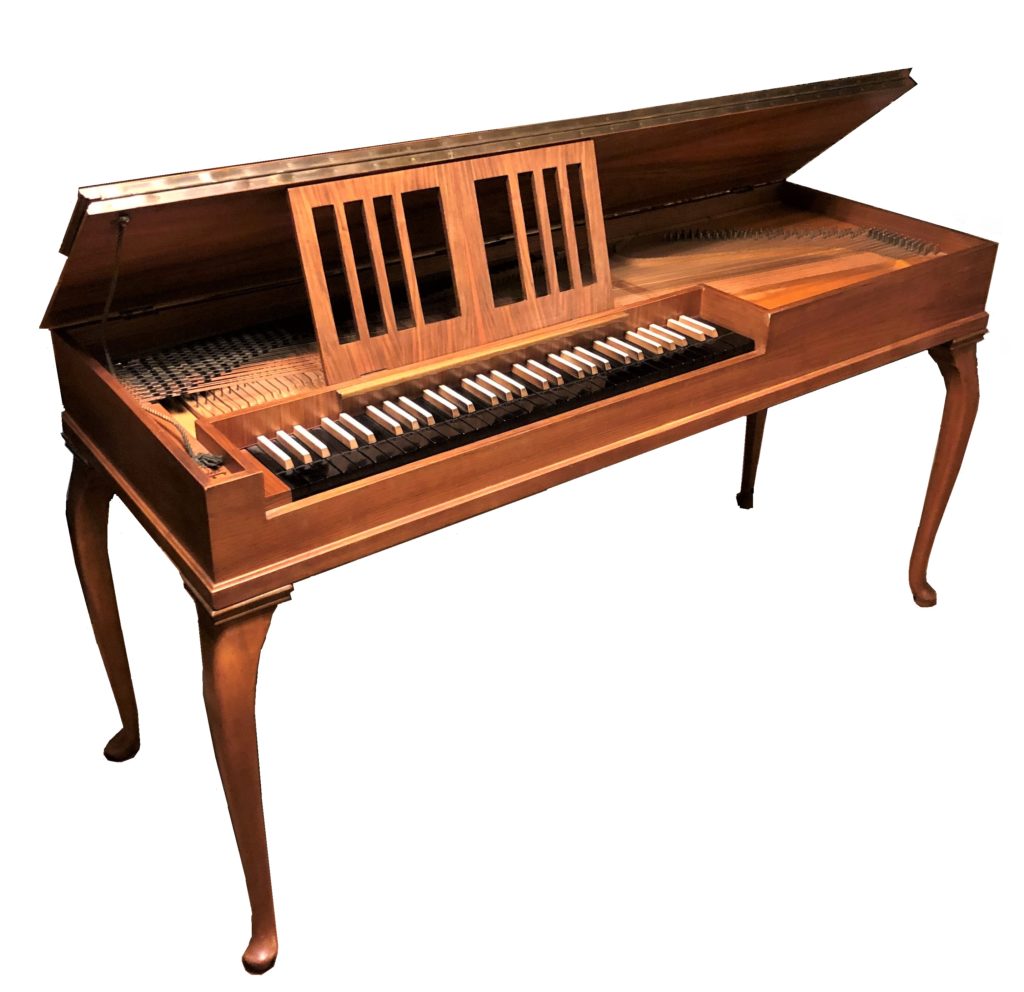 The clavichord is probably the oldest keyboard instrument and can be traced back to written and iconographic sources in Germany to the 15th century. Little is known about the exact origin. Certain is that the monochord, the organ and the hurdy-gurdy, known from antiquity, were the inspiration for the construction of the clavichord. The clavichord was mainly used as an instrument for practice. Its inexpensive construction, the low maintenance requirements and the possibility of easily transporting made it an ideal companion for musicians and composers.

This large clavichord was made by Neupert in Bamberg / Germany and represents a modern instrument from the post-war period. Based on the serial number, the clavichord was made in 1954. Due to historical performance practice, the construction of harpsichords, spinets and clavichords was increasingly resumed in the 20th century.

The case is made of walnut and the instrument has 4 curved Chippendale style legs. The signature by Neupert and the stamped serial number (No. 18588) can be found inside of the case on the left side.

The inverted keyboard has a compass of 5 octaves (FF – f3) and the instrument is double strung. A further characteristic is that this clavichord is unfretted, which means that there are two strings for each key. In contrast to this construction is the fretted Viennese clavichord from c.1780 in the Eric Feller Collection (for further information click here).

Playing with the typical vibrato effect is also possible on this instrument. As the only mechanical keyboard instrument, the clavichord thus has the possibility of influencing the sound even after the tangent has been hitting the string by changing the pressure on the key periodically.

The instrument impresses with its warm and exquisite sound. Due to its size, a comparatively loud sound can be achieved, especially in the bass range.

The instrument was acquired in the 1950s by Rudolf Knop who was the first principal of the new established Music School in Wolfsburg. 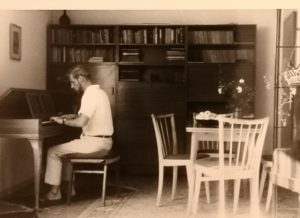 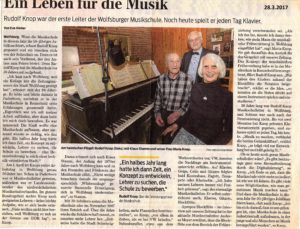 Instruments from the Neupert company were produced in large numbers and the company is still producing instruments today. You can find a summary of the company’s history on their website (click here).