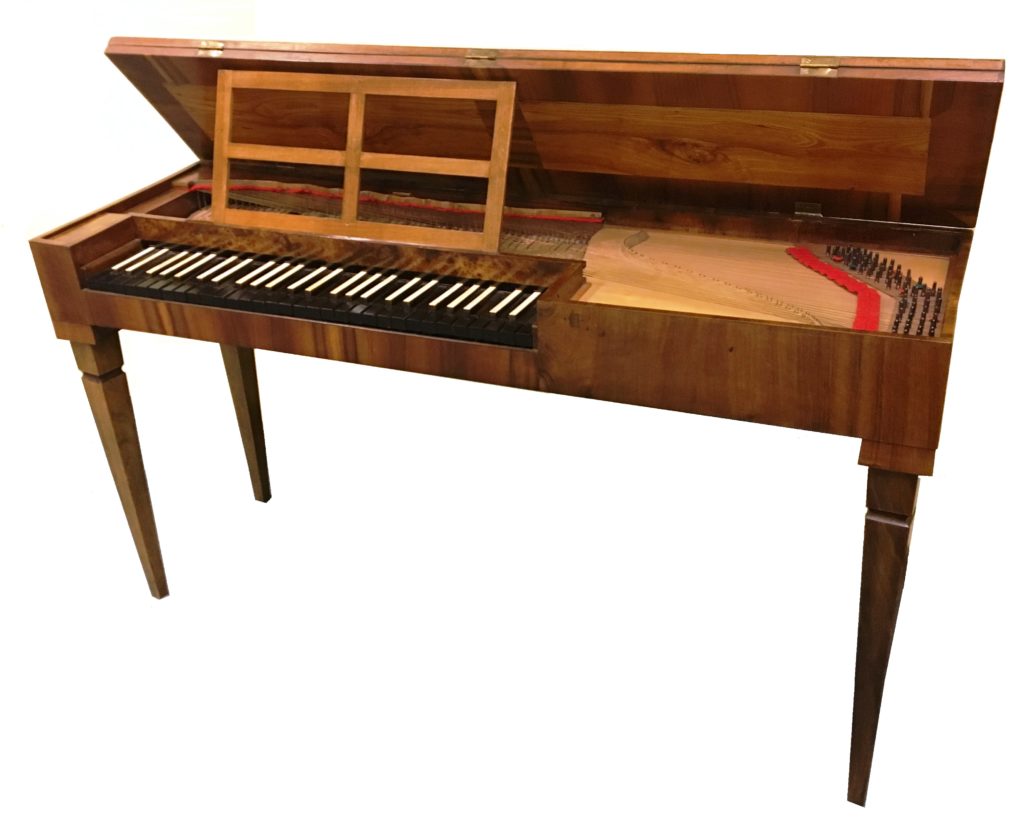 The clavichord plays a very special role within the group of keyboard instruments. The quiet and intimate sound has long been appreciated by many musicians as the ideal sound – even long after the invention of the piano. In historical sources the clavichord was often called as “the real Clavier“.

The case of the instrument is made from walnut and mahogany in various marquetries and French polish. At ​​the keyboard it is decorated with bird’s eye maple. On the right of the front there are traces of a small castle which was disassembled over the time and replaced with a piece of veneer wood. The keys are made of bone and ebony. The compass is 4 ½ octaves (CC – f3). On the left side (next to the keyboard) is a small hidden box where tuning tools and spare strings could be stored. The tangents are made of iron.

The clavichord also has a notched and narrow nameboard. This feature is actually typical for Viennese fortepianos and shows that the clavichord must be made on a customer’s special request by a piano maker. The instrument is very well made build and shows high craftsmanship and care.

The individual keys are made very long. Due to this design playing with the so-called “Bebungen” is very possible. As the only keyboard instrument, the clavichord thus has the possibility of influencing the sound even after the key has been played. By changing the pressure on the key periodically it will produce a vibrato-like effect.

The instrument is fretted and double strung. By fretted clavichords, 2 to 4 keys use the same string at different spots.

Clavichords were highly valued and played by many composers and instrumentalists even after the dissemination of the then new piano. Despite the low volume they offer an impressive sound spectrum.