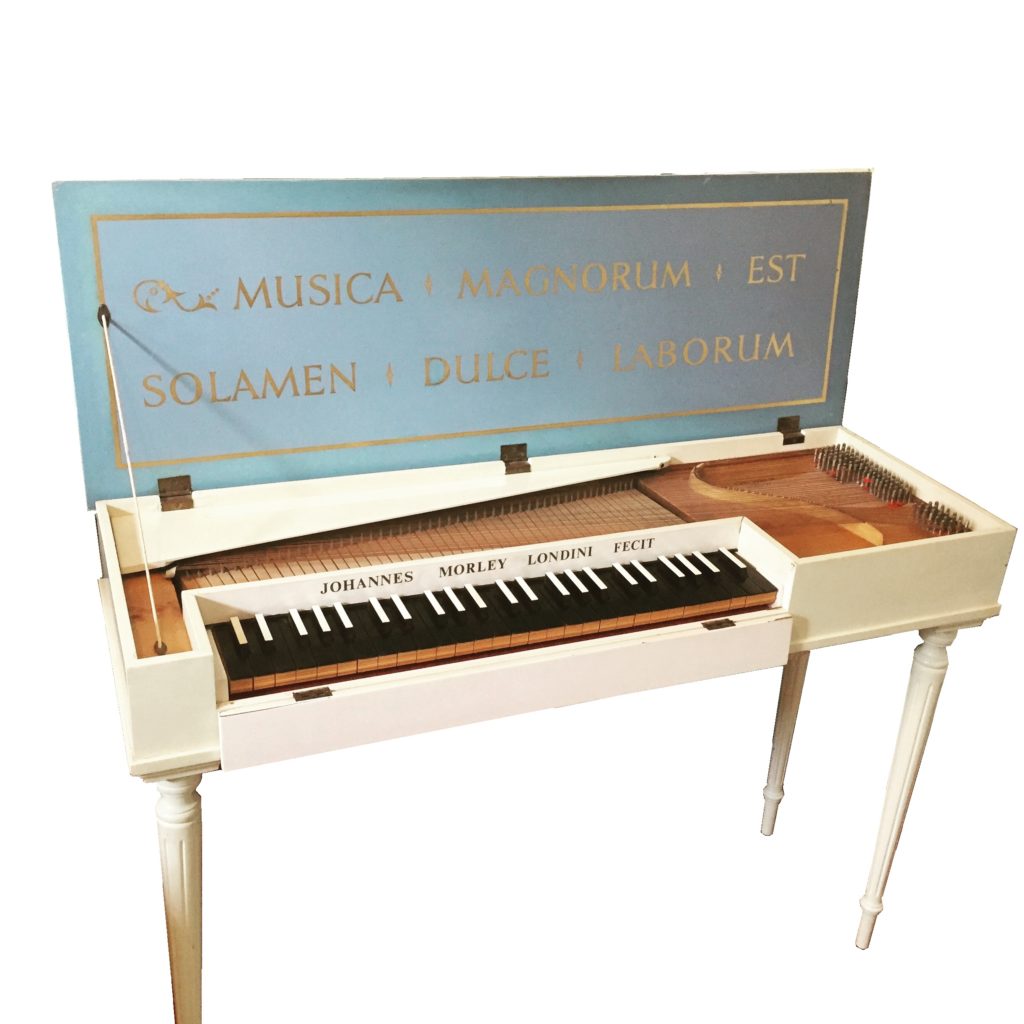 This small clavichord was made by the traditional factory of John Morley in London and represents the modern style of instrument making in the second half of the 20th century. With the beginning of historical performance practice harpsichords, spinets and clavichords became more popular again in the 20th century.

The case of the delicate instrument is painted white and stands on four fluted, tapering legs. The lid is painted blue inside and bears the Latin inscription in golden colour:

This inscription can be found on historical instruments and was often used for decoration on modern instruments. The translation is: “Music is a sweet consolation for great efforts.” The name board is signed with:

The keyboard is made with black lower keys and white upper keys. The compass is 4 octaves and two tones (CC – d3) and the instrument is double strung. A further characteristic is that this clavichord is unfretted, which means that there are two strings for each key. In contrast to this construction is the fretted Viennese clavichord from c.1780 in the Eric Feller Collection (for further information click here).

Playing with the typical vibrato effect is also possible at this instrument. As the only mechanical keyboard instrument, the clavichord thus has the possibility of influencing the sound even after the tangent has been hitting the string by changing the pressure on the key periodically.

The entire instrument shows excellent workmanship and has a very sweet sound. Due to the small size and the low weight, it can be used well as a travel instrument.

The Morley factory in London has a long tradition of instrument building. An overview of the history of the company can be found on their website (click here).