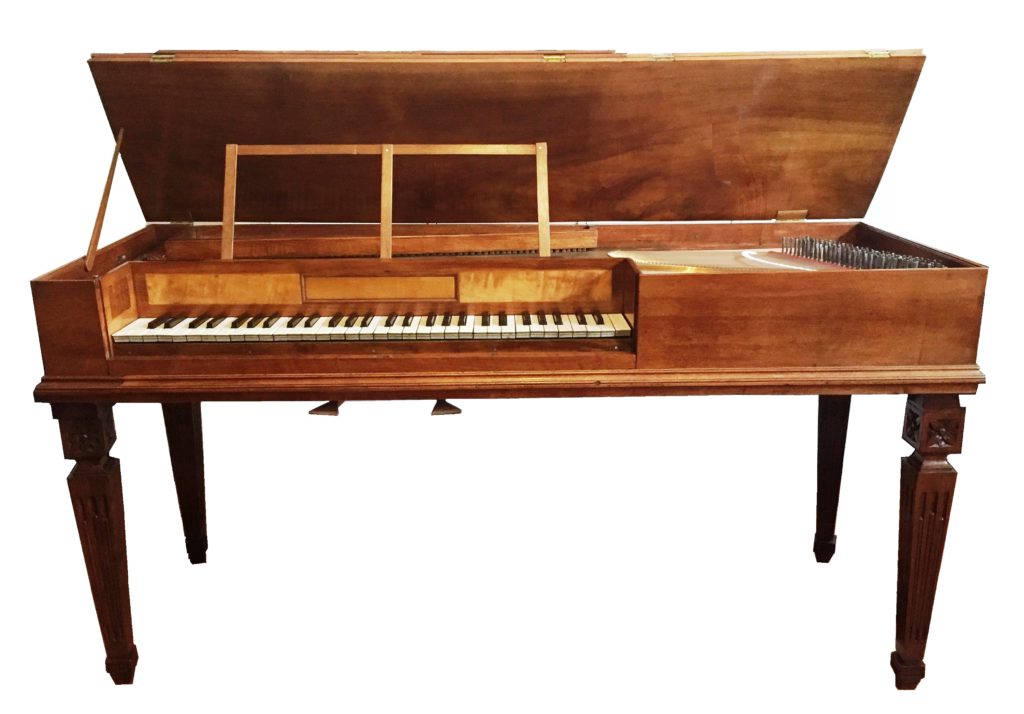 This rare square piano by the famous Swiss instrument maker family Hauert was built around 1785 by Joseph Hauert in Bern.

The elegant instrument and the original legs with floral carvings are made of walnut. On the front of the lid are an inlaid oval which is made in a darker wood and a bronze application at the lock.

The nameboard is divided into three cassettes. The signature is unfortunately faded but due to the complete design the instrument is clearly attributed to Joseph Hauert.

With a compass of 5 octaves (FF,GG – f 4) the original keyboard is made from ivory and ebony. There are two knee levers for divided dampers, one stop for a lute and the instrument has a second action. It is double strung and the hammers are covered with leather.

The instrument was completely restored in 2019 by Andrew Durand.

Joseph Hauert was born in Wengi near Büren / Bern in August 1749 as the son of Bendicht Hauert and Magdalena Berger.

Presumably is that he was educated as a carpenter and then later turned to instrument making.