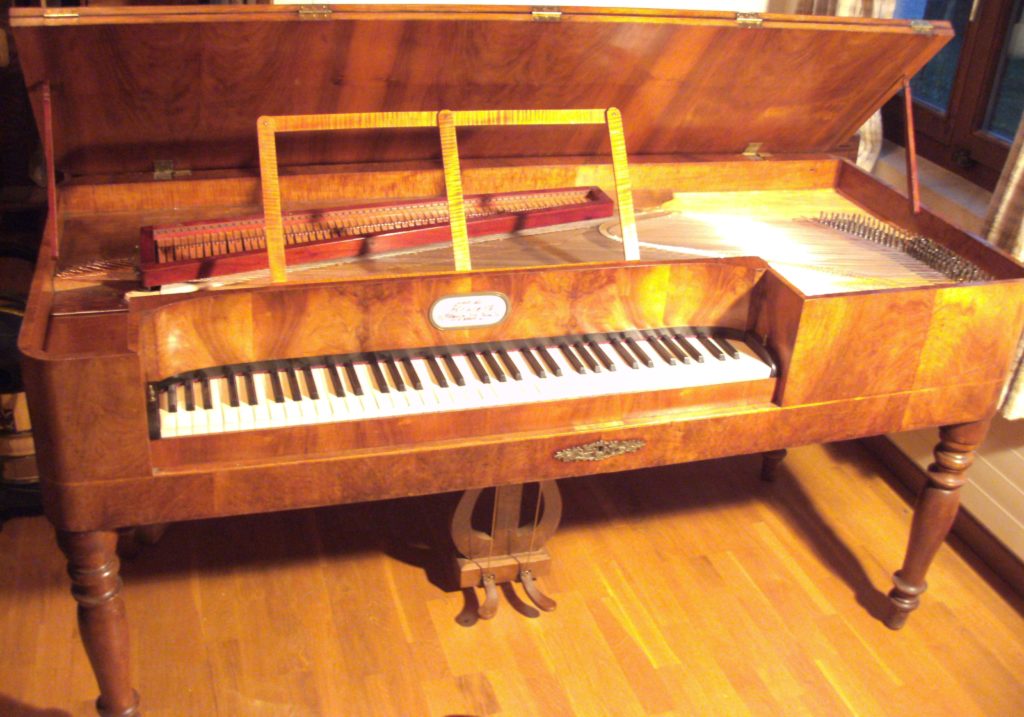 This square piano was build by the famous Swiss instrument maker family Hauert and was made around 1825 in Bern. The case of the instrument and the original legs are made of mahogany. On the front at the lock is a fine bronze application. On the nameboard in a ceramic cartridge reads the inscription:

Hauert followed the new fashion and signed his pianos in French. The original keyboard in ivory and ebony has a compass of 6 octaves.

There are two pedals controlling dampers and Sordine.

Charles Louis Howard was born on 1st October 1785 in Bern. He was the fifth child of Joseph Hauert, a member of the important Swiss piano maker family.

Together with Carl Christoph Kützing he founded the company Howard & Kützing. He died on 27th March 1863.