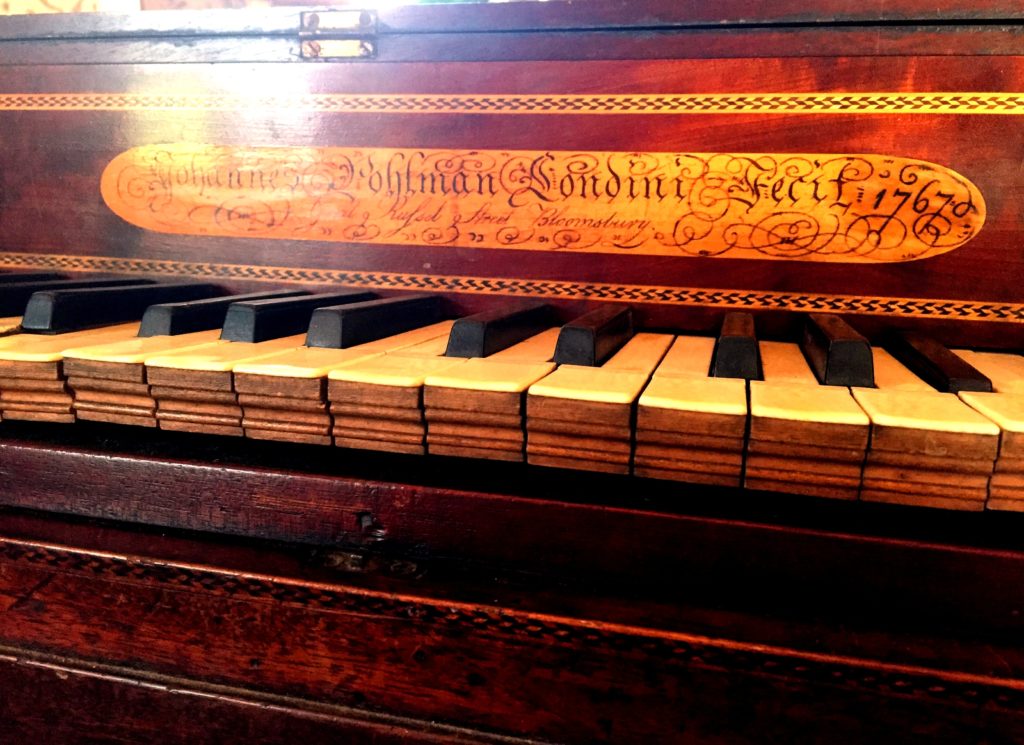 Johannes Pohlmann (later anglicised to “Pohlman“) is one of the so-called “12 Apostles” of piano making in the late 18th century in England. These were instrument makers who left the continent after the Seven Years War in Germany to immigrate to England. For more information about “The 12 Apostles of Piano Making”, see the publication here.

The instruments of Pohlman are characterized by a very elegant sound and are similar to those made by Johannes Zumpe. In a letter from 1774, Charles Burney praised the sound of Pohlman’s instruments and bought several instruments for himself and his students.

The delicate and elegant instrument is based on the original frame (trestle-stand), which is made of mahogany with encircling inlays in different woods. The instrument has a single action, three stops for a split damping (bass and treble) and a lute.

The compass of the instrument has 5 octaves (FF – f3), double strung and the keyboard is made of ivory and ebony.

Interesting is the date on the instrument. The nameboard bears as year of construction 1767 but on a closer look you can see that this year has been changed in the last two digits and has been rewritten to make the instrument older. Due to the design and the address written on the nameboard, the instrument must have made around 1780. Furthermore Pohlman is detectable only from 1767/68 on in London. Old insurance records indicate he was sharing business with Adam & Lorence Beyer at Compton Street in Soho at the time. On top of that, the signature “Great Russel Street Bloomsbury” was used by Pohlman only after his move there in 1777. Previously, he did not sign his instruments with an address.

Such changes in dates for making them older can sometimes be found at instruments. On the other way around in changing a date to “rejuvenate” instruments, is extremely rare, but also occurred sometimes. To see such an example of changing a date feel free to look at the instrument made by Ferdinand Weber in the Eric Feller Collection (click here).

Due to the unusual date signature, the history of the instrument could be partially revealed. The instrument belonged to the 3rd Marquess of Exeter, William Cecil (1825 – 1895) and was part of the inventory of Burghley House near Stamford in Lincolnshire. It was exhibited in London in 1872 at the Kensington Museum’s Special Exhibition of Ancient Musical Instruments as the earliest preserved instrument by Johannes Pohlman. 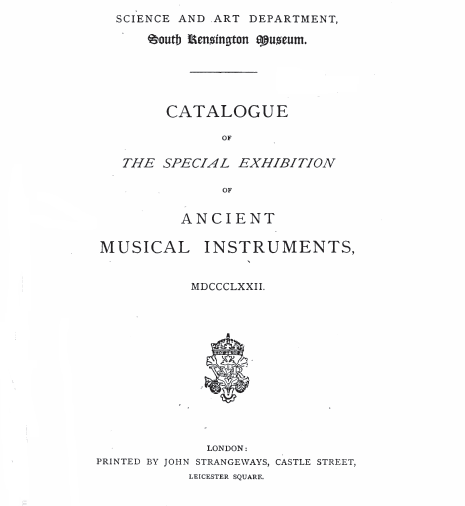 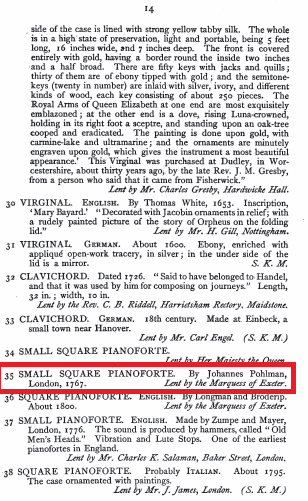 Johannes Pohlmann was born in Germany (the exact year of birth is not yet known) and immigrated to England during or after the Seven Years’ War (1756 – 1763) in Germany. He is detectable from 1767/68 in London and made pianos and harpsichords in Compton Street, Soho and later from 1777 in No. 113 Great Russell Street, Bloomsbury.

In December 1792 Johannes Pohlman died and was buried in Whitefield’s Chapel, at Tottenham Court Road.