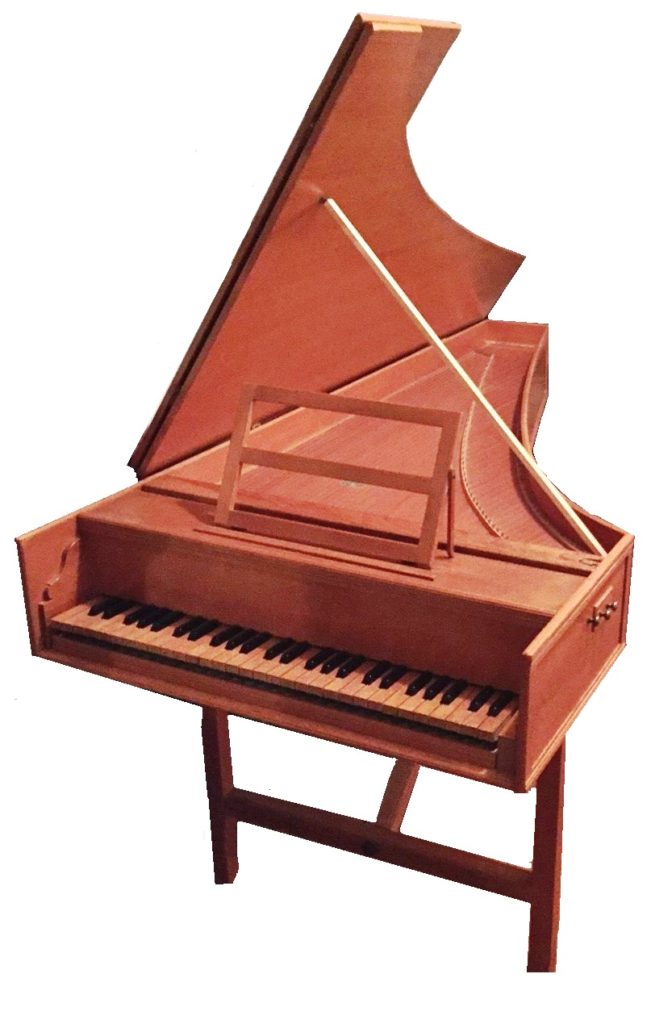 This single-manual harpsichord, based on Italian instruments, comes from the Wolfgang Zuckermann workshop and was built from a kit by a professional harpsichord builder in Berlin.

The case is made of cedar wood with surrounding frames and fillings and decorative brass hinges. The soundboard is made of spruce and it has a carved rose in the middle. The instrument has 2 sets of plastic jacks with Delrin and 2 register (8 ‘, 8’) and a lute. It rests on a (unsuitable for Italian copies) stand, which was designed after English models (“trestle stand”). The sound is very present and has a variety of timbres.

With the emerging historical performance practice, the need for instruments increased. Firms such as Neupert or Sperrhake mainly produced modern harpsichords that combined many elements of modern piano making, but they had little to do with historic harpsichords and their sound. Historic copies were relatively rare and very expensive in the mid 20th century. Wolfgang Zuckermann recognized this gap in the market and began in the late 1950s in the United States to offer cheap kits. The kits gave the opportunity for customer to built their own harpsichord for a relatively low price. However, these self-made harpsichords are always a reflection of the skills of their builders.

Wolfgang Zuckermann was born on October 11, 1922 in Berlin. Due to the Jewish religion of his family, he fled with his parents in 1938 to the United States. After training as a child psychologist, he become interested in construction of harpsichords and began in the 1950s to sell kits for harpsichords, which were based on historical originals. In 1969, he sold his company (which is still represented today with different branches worldwide) and moved to England. In 1995 he moved to France and lived in Avignon. He wrote two books about harpsichord construction: 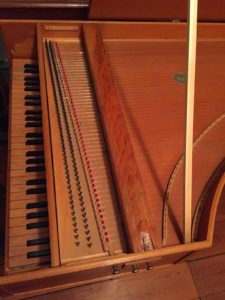