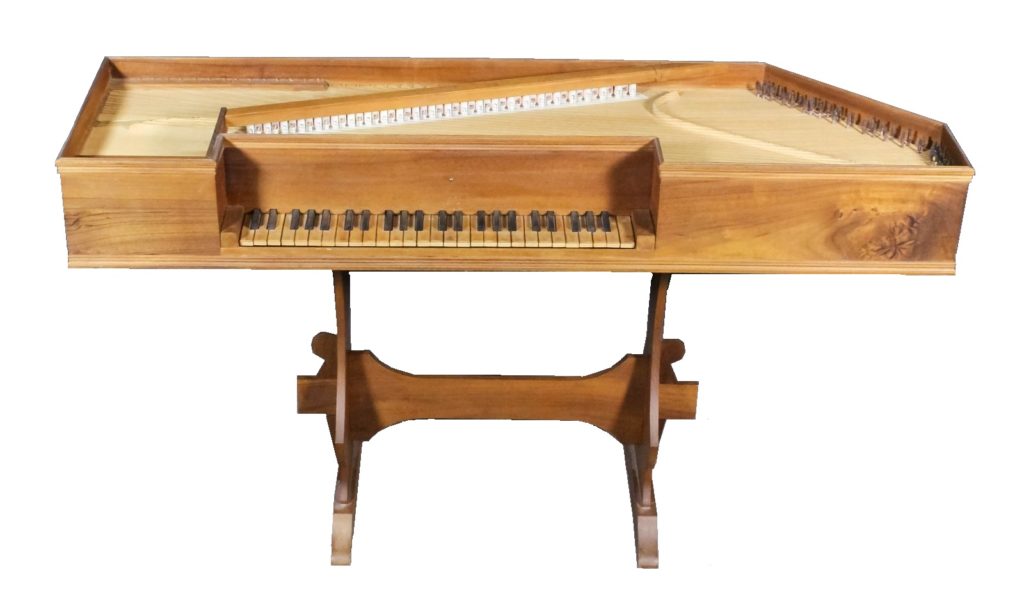 Virginals were mostly used from the 16th to the 18th century, especially in Italy, England and the Netherlands and enjoyed great popularity. There are early paintings of women at the virginal. One of the earliest portraits is of Catharina van Hemessen (1527/28 – 1583) at a virginal. The portrait is now in the Wallraf-Richartz Museum in Cologne.

Virginals are much smaller than harpsichords. The strings run parallel to the keyboard and are pucked by a jack.

The Virginal in the Eric Feller Collection was made by Heugel after original instruments. It is constructed on the basis of instruments made by Vitus de Trasuntino (Venice).

The sound is very warm and has a variety of timbres. These timbres arise due to the design. Virginals have two bridges that rest on the soundboard. Due to the small dimensions it can be used very well for solo and chamber music.