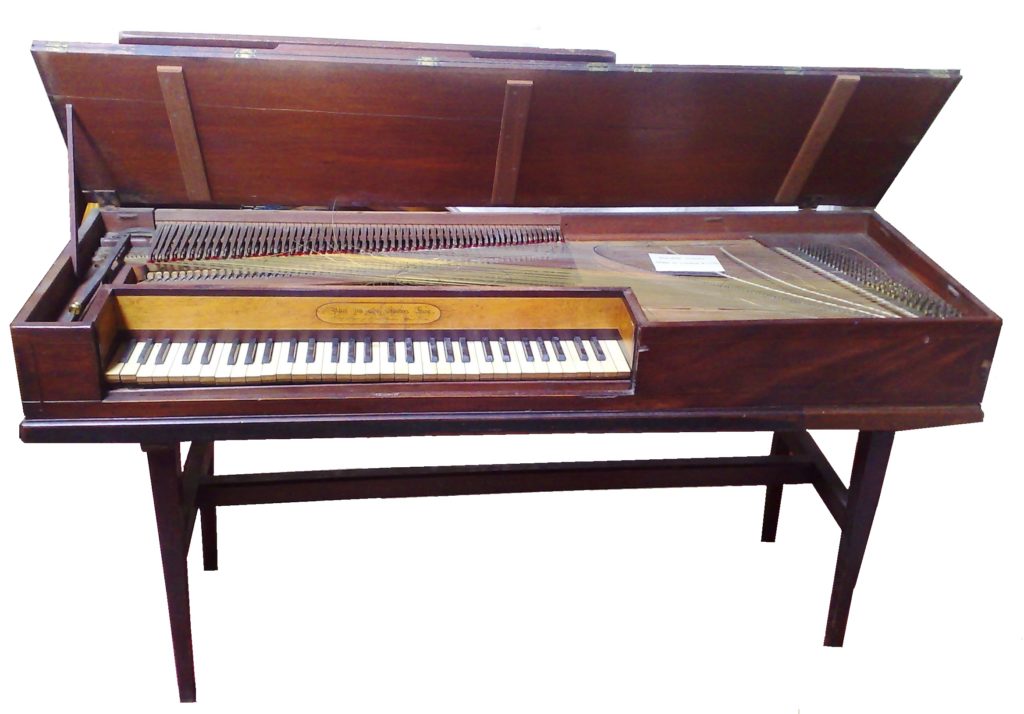 This square piano by Thomas Bates is an example of Bates’ long traditional style of piano making until the 1790s. While other piano makers at this time tried to develop the piano with an extended compass or “modern” designs Bates continued in the tradition of the 1770s and 1780s.

The case of the instrument is made of solid mahogany and decorated with decorative ribbons. The original trestle stand on which the instrument rests is also made of mahogany. Inside there are two hand stops for controlling the dampers and lute. The keyboard is made in ivory and ebony and the instrument is double strung with leather covered hammers and has a single action.

The nameboard is signed with:

The handwritten serial number 178 is behind the nameboard and also on the action. Another handwritten signature is on the last key.

Thomas Bates was an apprentice with John Geib and was later one of the most renowned instrument makers in the 18th century in London and was mainly known for building harpsichords.

Other preserved instruments by Thomas Bates: