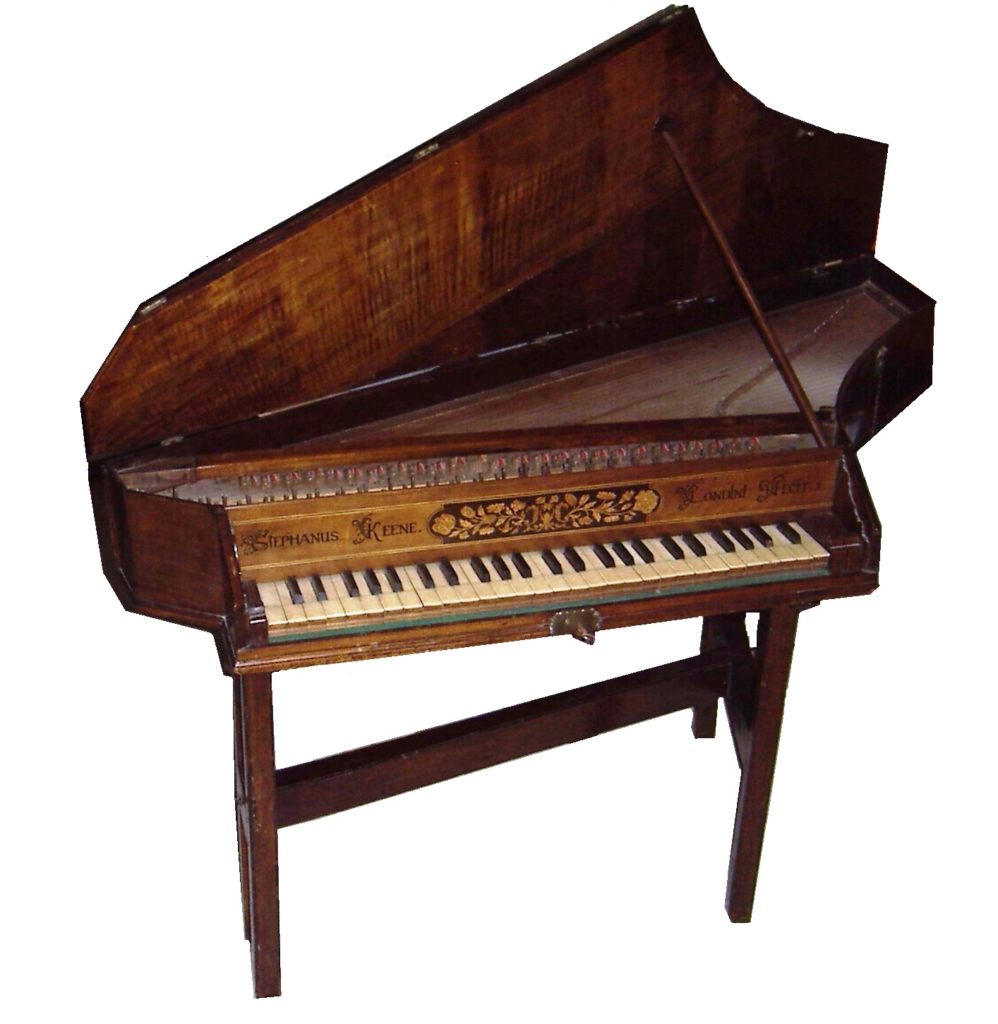 This early spinet is one of the rarest surviving instruments made by Stephan Keene. The case is made in walnut with the original brass work and it rests on the original stand. Furthermore the jacks are all original. The nameboard is exceptionally fine with inlaid decorative panel and it reads the inscription:

Sadly the keyboard is not original. There are eighteenth century keys of the square piano type. I guess it’s made around 1780.

The instrument features in D. Boalch as number 21. It was owned by one Charles Thornton, then by Roger Warner of Burford, who had it repaired by Michael Thomas of Hurley. It was sold in 1957 to Dr. B. E. Juel – Jensen of Oxford and is in the Eric Feller Early Keyboard Collection since 2006.

This spinet was displayed on TV in the Film “Händel – Der Film” by Ralf Pleger.

Stephan Keene was born in Sydenham (Oxfordshire) at around 1640 and was one of the most famous spinet makers in the 17th. century. He was apprenticed from 1662 to the virginal maker Gabriel Townsend for seven years, and became a freeman of the Joiner’s Company (and, in 1704–5, its Master). Keene was obviously an able teacher of his craft and had several apprentices:

Whether he took any more after 1711 is unknown but it is unlikely since he would already have been in his seventies and died around 1719/20.

The list of his apprentices reads like a who’s who of famous spinet makers. All went on to become well-known instrument makers.