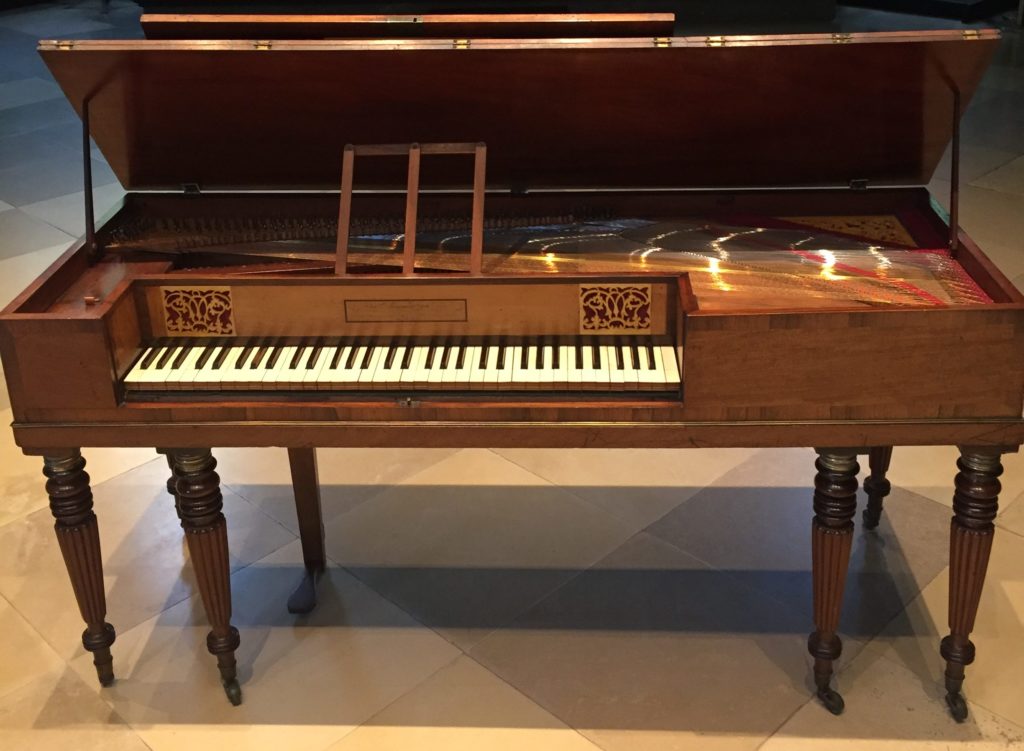 The nameboard is made in different woods and signed in a cartouche:

Makers to His Majesty and the Princesses

The company John Broadwood produced various models of square pianos. Depending on the design and the used woods the prices varied. This piano has to be one of the expensive models. The standard versions were mostly held in mahogany and simply decorated with some ribbon inlays. The uses of rosewood and brass inlays are clear signs of a high-priced instrument.

Other surviving instruments by Johannes Broadwood and Sons: