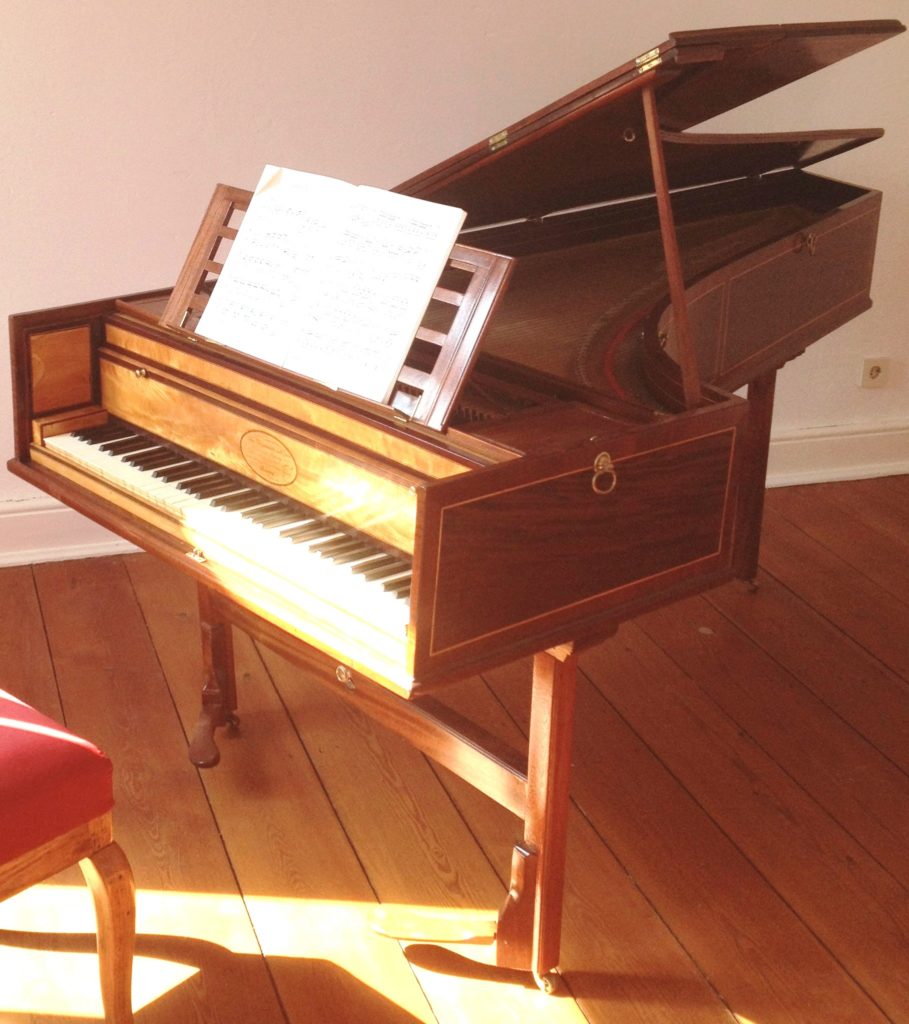 The case is made of mahogany with inlays of different woods. Three brass locks to close the lid are mounted around the case.The keyboard is made of ivory and ebony, the hammers are covered with leather, triple strung and the instrument has single dampers.

The piano rests on the original trestle stand with two integrated wooden pedals on both sides for lifting up the dampers (right) and due corde / una corda (left). At the end of the right side of the keyboard is a small stop which allows changing between due corde and una corda when pressing the pedal. The compass is 5 ½ octaves (FF – c4).

Makers to His Majesty

The signature on the nameboard “John Broadwood and Son” was used from 1794 after John Broadwood’s son James Shudi Broadwood (1772 – 1851) entered the company. Previously all instruments were always signed with “Johannes Broadwood Londini fecit” (see the nameboard of the square piano from 1790 in the Eric Feller Collection).

The compass of 5 ½ octaves (FF – c4) was introduced by Broadwood in 1791 – before that all instruments (grand and square pianos) had only 5 octaves (one of the first fine examples with a 5 ½ octaves compass is the 1792 grand piano also in the Eric Feller Collection).

This grand piano of 1803 is identical to the second fortepiano of John Broadwood also from 1803 in the Collection. Compared to the other grand piano it is obvious from the serial number that this instrument was made towards the end of 1803 since (according to Michael Cole) the production of grand pianos was around 200-250 per year. 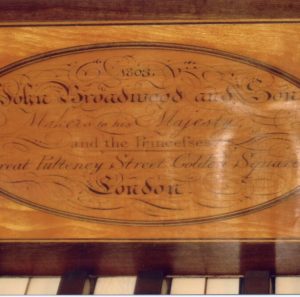