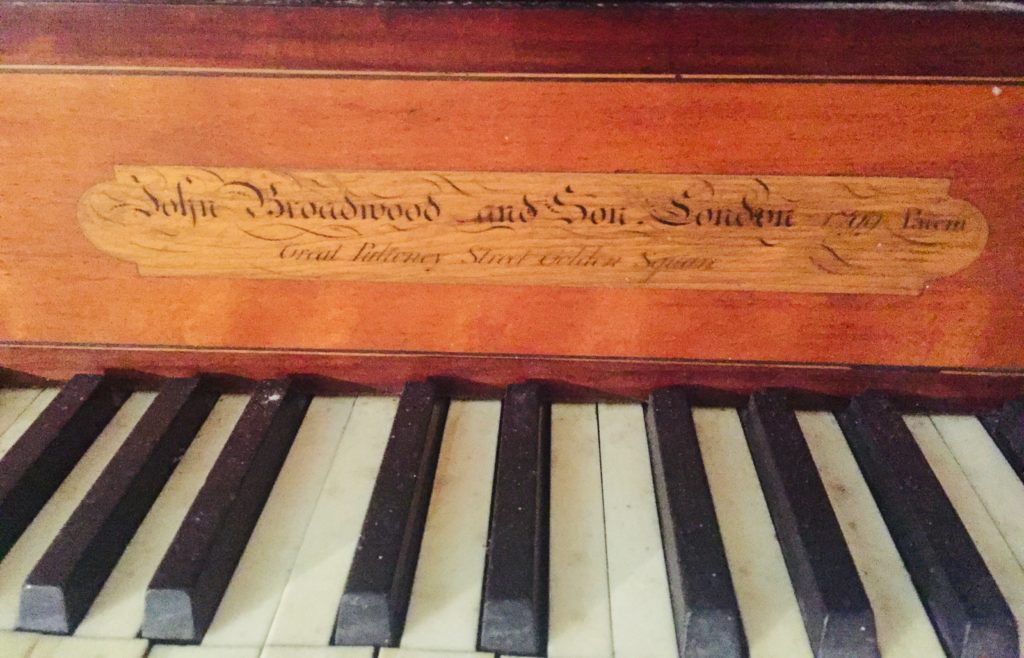 This square piano was made by John Broadwood and Son in 1799. It is totally similar to the one build one year later in the Eric Feller Collection.

The case of the instrument is made of mahogany with revolving band inlays in different woods. The instrument itself rests on a “french stand” and “music-shelf” under the instrument. On the sides are brass applications for covering the screws of the frame.

The keyboard is made in ivory and ebony. The nameboard is made of different woods and is signed in a cartouche with:

Makers to His Majesty and the Princeses

The instrument has a pedal for using the dampers and is double strung. The action is a simple single action with leather covered hammers and the typical Broadwood underdampers (these dampers were patented by Broadwood in 1783).

Other surviving instruments by Johannes Broadwood and Son: