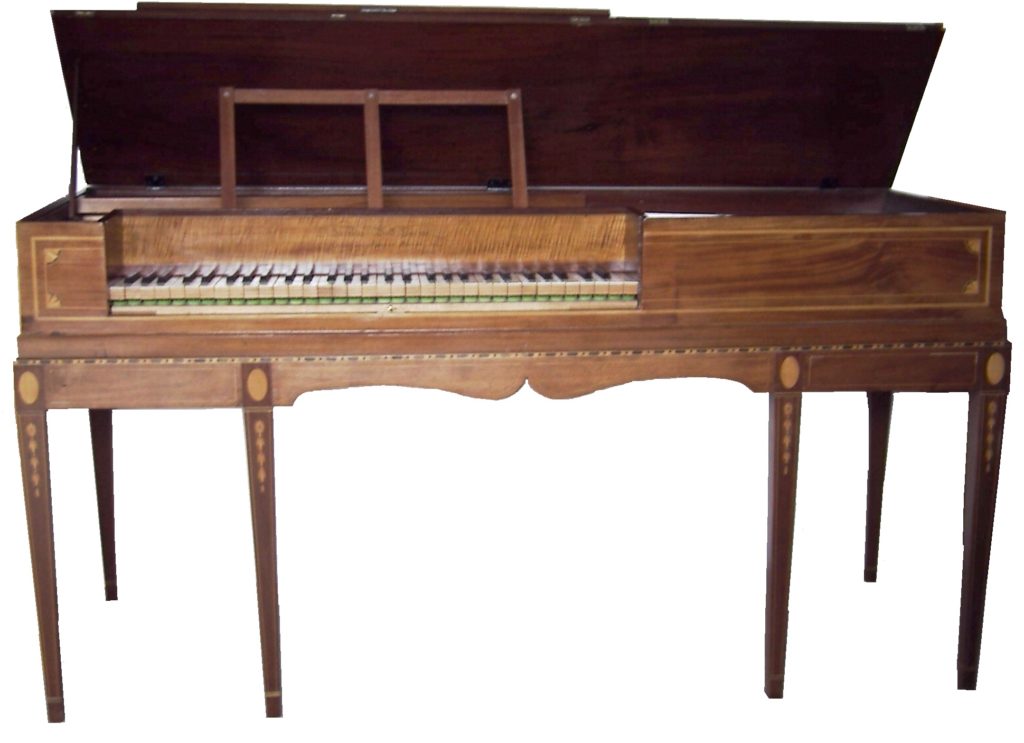 The keyboard is made in ivory and ebony. Inside there is one handstop for controlling the dampers. The hammers are leather-covered and the instrument is double strung. The action is an english single action.

The elegant nameboard is signed with:

Behind the nameboard is a handwritten signature which reads:

Exceptional at this instrument is the original frame which 6 legs. It is likely that it was built on the basis of German instruments of the time, which points to the continental descent of Ball, who knew the work from his homeland. A currently comparable piano is not yet known by Ball. This instrument has undergone only minimal restoration and remains in a highly original state.

About Jacob (James) Ball is very little known. In 1790 he submitted the application for British citizenship. He originally came from the continent (Germany?) immigrated to England. Also this year he had some innovations patented. This included a new piano action and an exceptional music stand, which was similar to the ones from grand pianos but when unfolded it looked as if it was part of the nameboard. (see Michael Cole)

Furthermore, he maintained a business relationship with the composer Domenico Motta in 1794.

According to Rosamond Harding, Ball was active in London from around 1780 to 1834. In newspapers he advertised the construction of grand pianos, square pianos and cabinet pianos. Several addresses are known: 26 Duke Street, Grosvenor Square, in 1806 and 27 Duke Street from 1808.