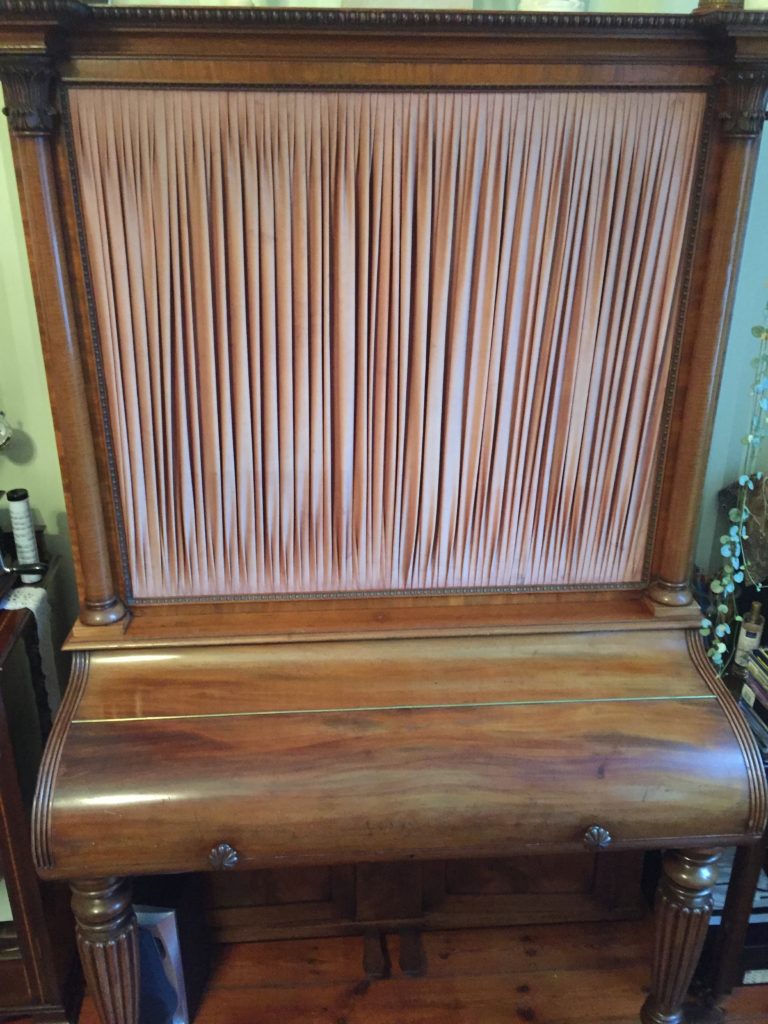 This elegant instrument is one of the representatives of the so-called “Cabinet Pianos” a form of upright piano which were very popular in the early 19th century. Due to smaller rooms various forms of smaller pianos where needed but with no losses in the sound. Because of their enormous size these Cabinet Pianos have the same sound characteristics as grand pianos but need much less space.

The case of the instrument is made of solid mahogany and is richly decorated with wooden applications. The front is covered with the original red silk. The entire instrument is held in the typical “Regency Style“.

The keyboard is made from ivory and ebony and the instrument has two wooden pedals (dampers and una corda).

The hammers are covered with leather and the instrument is double strung. The action is a form of the English double action with abstracts.

The nameboard is decorated with brass inlays and bears the signature:

“John Broadwood and Sons. / Makers to His Majesty and the Princesses /

The serial number is handwritten on the first key and reads: 6853. The tuning pins are at the top. Beneath the keyboard are two small doors.

Other surviving instruments by John Broadwood and Sons: