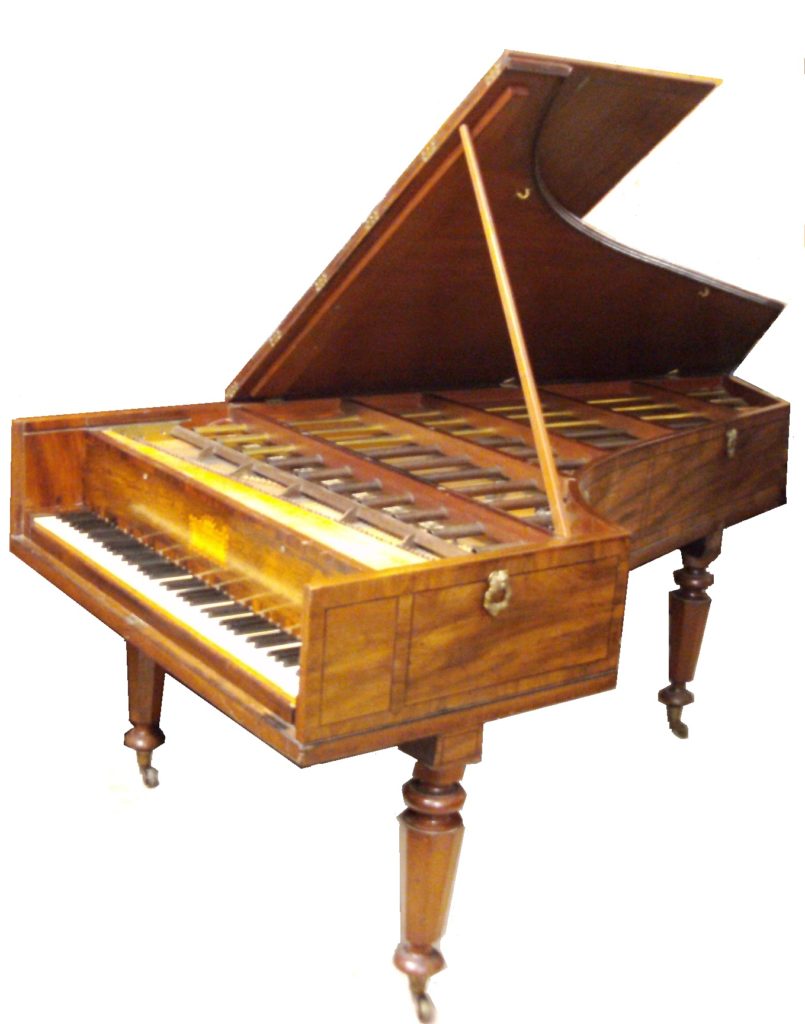 This exceptional fortepiano from the English company William Stodart & Son is an example of the companies’ specific “Compensator – Frame” instruments. A second earlier grand piano is also in the Eric Feller collection.

The case, still in the harpsichord shape, is made of mahogany and rosewood and decorated with bronzes (stylized Medusa heads). It stands on 4 twisted legs. The nameboard is inlaid with brass and signed with:

Maker to His Majesty & the

The keyboard is made of ivory and ebony, the hammers are covered with leather. The instrument is triple straight strung with the “Compensation Frame” and has an English Action. There are two wooden pedals for controlling the dampers and due corde / una corda.

The compass of the keyboard is 6 octaves + fourth (CC – f4). The serial number (8070) is stamped on the right side of the wrestplank.

At the end of the 18th century and well into the early 19th century, Stodart was one of the leading and most innovative piano companies in England alongside Broadwood and Longman & Broderip.

The company was founded around 1775/76 by Robert Stodart (1748 – 1831) in Wardour Street. Stodart was an apprentice by Burkat Shudi and worked in his company as a piano tuner.

In 1777 he received a patent for a swell to change the volume and a patent for a mechanism to switch between a piano and harpsichord in the same instrument. After the premises became too small, he bought the house next to his workshop and expanded his business.

In 1787 his son William joined the company. Instruments from this period bear the signature “Robertus Stodart et Co.”

William Stodart becomes an equal business partner at around 1790 and four years later his brother Matthew joined the company. From 1795 the instruments were signed with the inscription “Golden Square“.

Robert Stodart retired from the business around 1795/96. From then on the two brothers continued the business. The company was given the privilege to manufacture instruments for the Royal Family in 1807. From this time the instruments were signed with the inscription “Makers to Her Majesties and Royal Family“. (see.: Martha Novak Clinkscale: Makers of the Pianos, 1700-1820)

In 1820 the two collaborators William Allen and James Thom invented the so-called “compensation frame” for grand pianos (patented January 15 in 1820; patent number 4431). This new invention was designed to ensure that the instrument did not detune when the temperature fluctuated. Thus a tube construction was used inside the instrument above the strings which were made in the same material as the strings.

Stodart acquired the exclusive right from Allen and Thom to use the patent in his instruments. He produced two different models. The more expensive system had a 10 tube system (and was made with a larger compass of 6 octaves + fourth (CC – f4) and more expensive woods (mostly rosewood)) and the cheaper system included 6 tubes (usually only 6 octaves (FF – f4) and was designed only in mahogany). 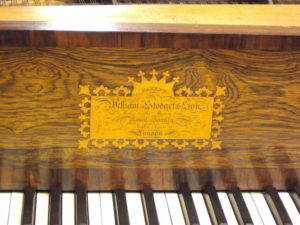 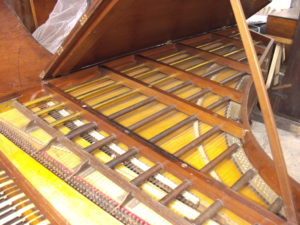