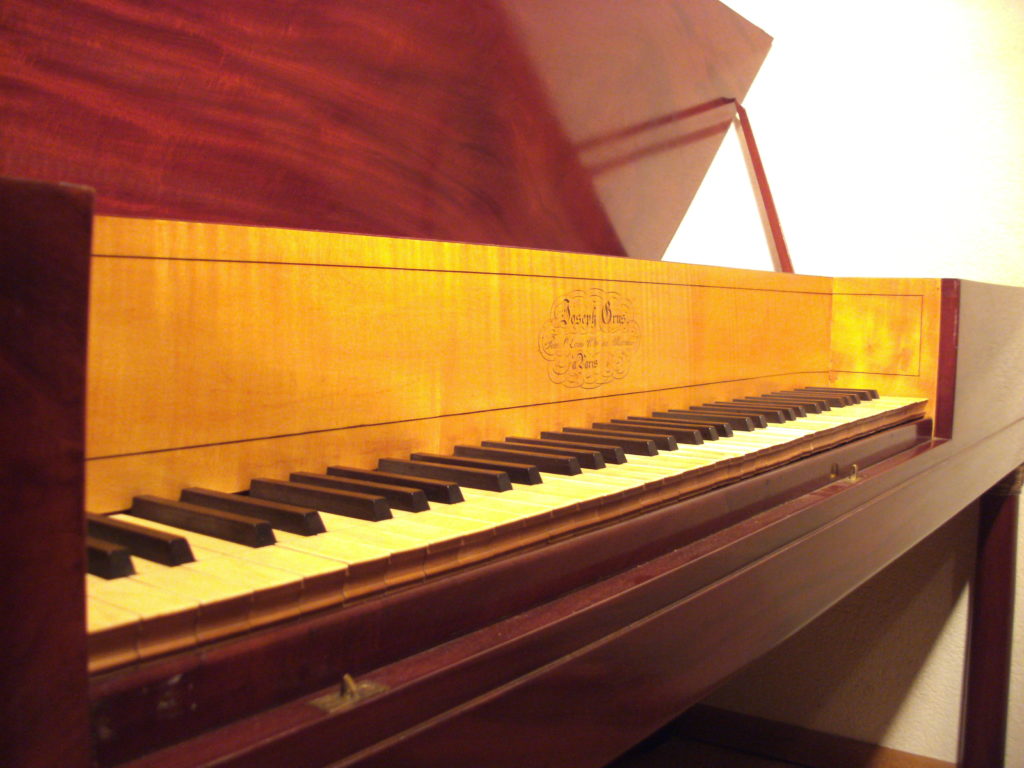 This square piano is a typical representative of the French Empire instruments from the beginning of the 19th century. The instrument was built around 1820 and impresses with its clear elegance and its fine sound.

The case is made of mahogany and decorated with bronze applications on the pillar legs.

The keyboard has 6 octaves and is made in ivory and ebony. The nameboard is made of different woods and is signed in a cartouche with:

The instrument has got four pedals (dampers, lute, Sordine and double Sordine). The action is a second action and it is double strung- Above the action is the original dust cover.

There is a handwritten signature on the soundboard next to the bridge.

Little is known about Joseph Grus. According to R. Harding the company was founded in Paris in 1805. In 1823 Grus presented an upright piano at the Paris exhibition and in 1832 he received a patent (No. 3462) for an enlarged soundboard.

Other surviving instruments by Joseph Grus: 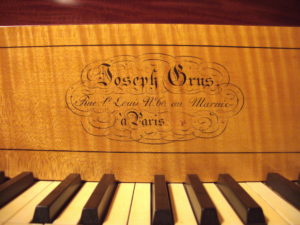 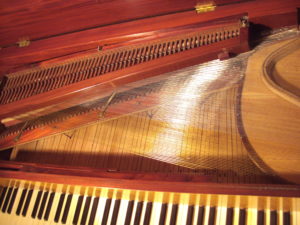