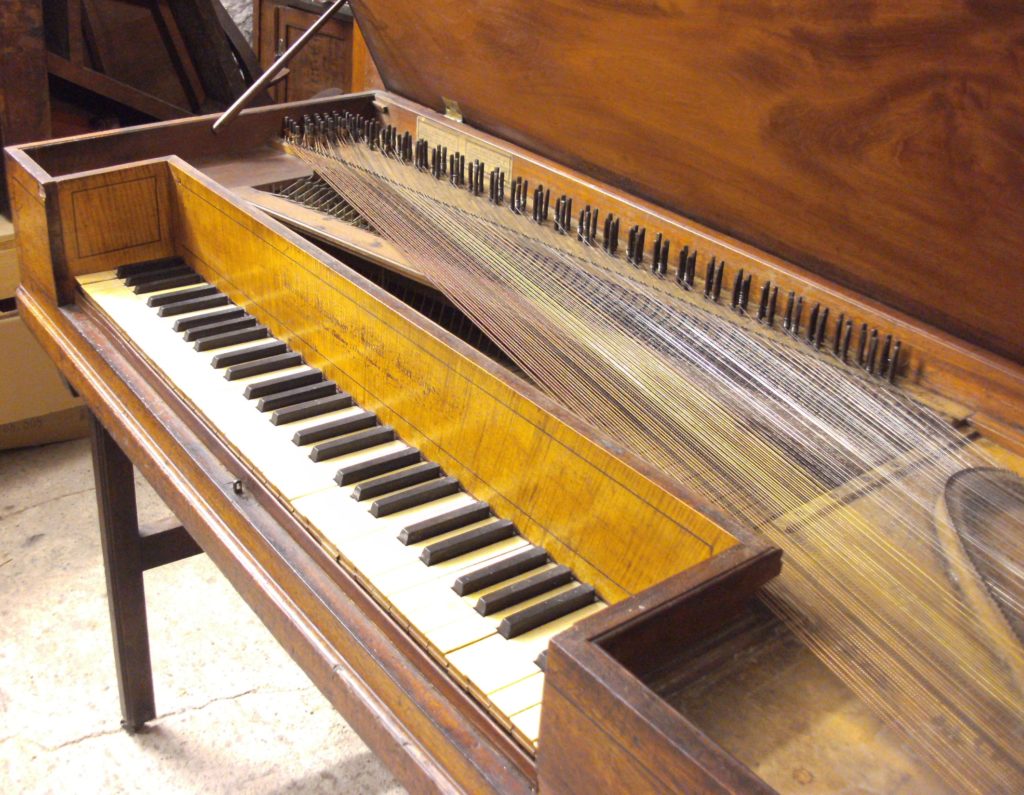 The case of the instrument is made of mahogany with encircling inlays in different woods. The instrument rests on the original trestle stand which has been made in mahogany too.

Inside is the original dust cover which is above the action and the soundboard. It is signed with many handwritten entries in ink and pencil. As shown the instrument has been sold several times in Liverpool. At that time the trade in used instruments was very flourishing and instruments were sold different times.

At the wrest plank there is the serial number 1331. The instrument has a single action and the typical Broadwood underdampers (this damper action was patented by Broadwood in 1783 – see “patent” on the nameboard).

The signature and shape of the nameboard with reads: 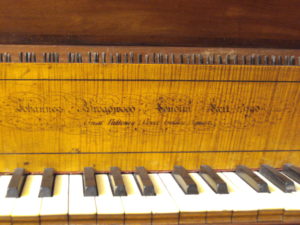 The signature “John Broadwood and Son” was used from 1794 after John Broadwood’s son James Shudi Broadwood (1772 – 1851) entered the company.

In the inside there is the original maintenance information. It is written in English and French and contains the following text:

“If any of the steamers should rattle, put

a little oil in the center. And if any Ham

mer should stick, press the pin that guides

it on one side or the other, till it plays free. “

The simultaneous use of French shows that the continental export market was an important branch in the company.

This square piano was in perfect original condition and is an early example of the excellent instruments made by John Broadwood. 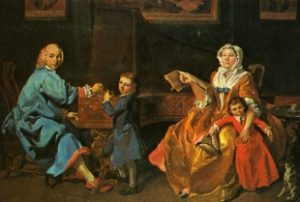 Other surviving instruments by Johannes Broadwood: